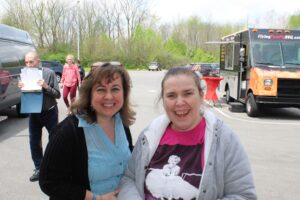 Marrie Dollahan, known around New Hope simply as Marrie Lou, has lived in Indianapolis her whole life. She loved school as a child but learned to be tough in her large, blended family as one of 15 children! While she has struggled with many medical issues over the years, her time at New Hope has been great. 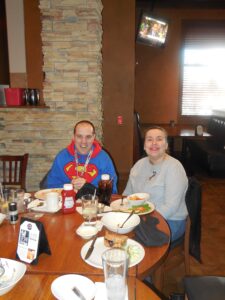 Marrie Lou really appreciates the DSPs and other caregivers who help her look pretty and take her to her favorite places including New Hope’s Day Services program. She loves puzzles, games, baby dolls and traveling. Her dream trips are to Paris and Disney World. This time of the year, she loves swimming and spending time in the community 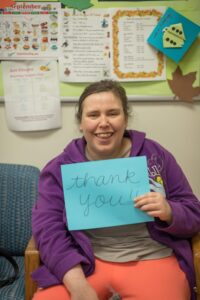 people-watching. Marrie Lou’s staff will tell you that she loves interacting with people, relaxing in her recliner and being with her family.

We are so proud to have served Marrie Lou since 2007 and love the joy she brings to New Hope every day!