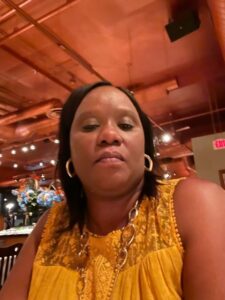 I grew up in the Capital of Senegal called Dakar, in West Africa. Dakar is a great place to live, and is the most developed city in Senegal, offering many amenities. As a child, I went to a private Catholic school for elementary and to public school for middle and high school. I graduated in 1992 and pursued my education to College St. Michel where I graduated with my Bachelor’s degree in Computer Science Programming and graduated for my Master’s degree in Economics and Finance in 1998 at University Cheick Anta Diop Dakar.

After getting married in 1995, my husband came to America for school and I joined him at the end of 1998. I have two beautiful children: Abdou S Thiam who graduated at Pike High school in 2018 and joined the Navy where he is serving at Fort G Meade Maryland and Diarra B Thiam who is attending Lincoln Middle School and is in 8th grade. We lived in New York City for 5 years then moved to Indianapolis after September 11th. It was not easy to work or raise my son without getting scared after the attack. Living in the US, I miss my family and friends and the social atmosphere of living in Senegal.

Outside of work, I love travelling around the world and I enjoy helping my community. What I like the most at New hope is the diversity in different culture and origin. I love serving my clients and bringing a change in their life. This job give me a lot of wisdom and discernment.