The Story of the Silver Cup

29 Jan The Story of the Silver Cup 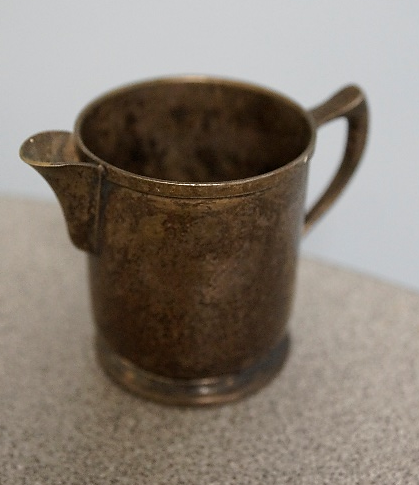 I recently gave Allison Wharry, current New Hope of Indiana CEO, a silver cup that was given to me by my mentor Bob Cannon who served as the second administrator for New Hope. New Hope was the first large private residential facility for people with developmental disabilities in Indiana when it opened in March of 1978. The program was funded through Medicaid via a per diem rate for each individual living there. At the time, Medicaid was administered by the Indiana Department of Public Welfare, which preceded the current state agency, Family and Social Services Administration.

Unlike the current reimbursement system, facilities in the late 1970’s and early 1980’s had to request a rate review and rate increase from the Department of Public Welfare. Bob Cannon, New Hope’s administrator at the time, discovered this oversight and omission which had resulted in the loss of millions of dollars of reimbursement to New Hope.

Mr. Cannon began to educate and lobby the director of the Department of Public Welfare, Mr. Don Blinzinger, regarding the fact that New Hope had gone more than seven years without a rate increase in the Medicaid reimbursement rate. As you can imagine this placed New Hope in a perilous financial situation and to make matters worse, an annual Department of Health certification and licensure survey identified over a million dollars of changes needed in order to achieve compliance with the last evaluation.

Mr. Blinzinger granted the exception and returned the silver cup to Mr. Cannon. The rate was adjusted upward approximately $50 dollars per day and the future of New Hope was restored.