Posted at 15:59h in Remembering our Friends by New Hope 0 Comments
0 Likes
Share 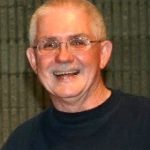 Ron served New Hope and the individuals for twenty-five years in various positions, most recently as a direct support professional in FCS (Family and Community Services program). He had a heart for those he served and enriched their lives in many ways, but mostly through community inclusion and helping them shine by using their talents and finding their passions. He was a musician and shared his love of music with several of the individuals, forming a music group with them, which performed at New Hope and in the community. Ron truly embodied the New Hope philosophy of being person-centered and he is missed by many at New Hope.

Brenda was served for many years by New Hope having moved into the residential facility in 1979. She later moved to the Laboure group home in 1995 and had lived there since. Brenda attended the Castleton Day Services, where she enjoyed the activities and seeing her boyfriend and friends. Brenda loved the annual fall festival, especially dressing up in festive costumes. She enjoyed shopping for jewelry and would show it off to everyone. Cats were a passion and she had a collection of plush ones. Her favorite restaurant was Long John Silver’s. Brenda look forward to seeing her family and going home around the holidays. She is greatly missed by her family, housemates, Laboure associates and many others. 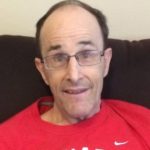 John never met a stranger and would say hi to everyone he would meet. John moved into the 96th Street Supported Living home in 2015. He attended Day Services and enjoyed Recreational Therapy where his favorite activity was riding the bike around the hallway so he could say hello to everyone. An avid sports fan, John’s favorite teams were the Indianapolis Indians and the Butler Bulldogs. John had a sports-related hat collection and also enjoyed collecting Indianapolis Fire Department memorabilia. He liked to go out to eat and would always request to go to McDonald’s. John will be missed for his friendly and enthusiastic personality. 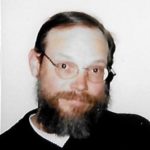 Jim started working at New Hope in 1996 and was a dedicated associate at New Hope for over 20 years.
For many years, he was skills trainer in SILP (Supported Independent Living Program) and in recent years served in the Supported Living Program. Jim was a caring and dependable associate, willing to stay over and work additional shifts when needed. He would do special things for the individuals such as making their favorite milkshakes and taking them places they really enjoyed in the community. Despite health challenges in recent years, Jim continued to serve at New Hope. He was a devoted family man and his faith was very important to him. He will be truly missed by many at New Hope.