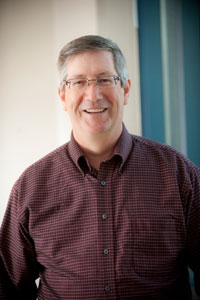 New Hope of Indiana has elected Steve Cook to its Board of Directors. Cook held a variety of positions in the field of intellectual and developmental disabilities for more than 43 years before retiring in 2020. Cook is the former Executive Director of New Hope and also served as the President/CEO of INARF, the Indiana association for organizations providing services and support to individuals with intellectual and developmental disabilities.

In 2000, Cook was appointed to serve as the Director of Developmental Disability Services for the State of Indiana. In 2002, Cook assumed the position of Director for Disability and Aging Services. During his time in state government, the Medicaid Support Service Waiver (Family Support Waiver) was initiated. This waiver now serves more than 18,000 Hoosiers.

Cook holds undergraduate and graduate degrees in psychology and was a licensed school psychologist for many years. He was also a licensed Health Facility Administrator overseeing both Intermediate Care and hospice facilities during his career.

Cook has received numerous professional awards and recognitions including The Sagamore of the Wabash in 2020 from Governor Holcomb and was named a 2020 Essential Change Agent by The National Historic Recognition Project (Field of Intellectual Disabilities) in recognition of “significant contributions in the service of people with intellectual disabilities between 2000-2020.”