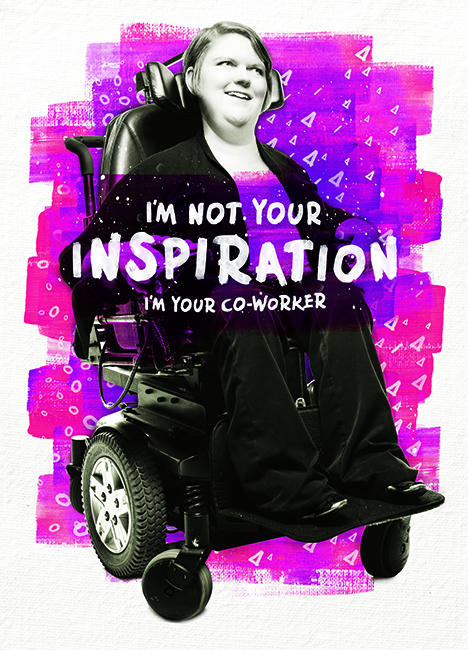 March is Disabilities Awareness Month. The intention being to make all of us, supposedly without disabilities, more aware of people who do have labels of disabilities. Once again, while well-intentioned it is a mechanism for separating people.

Our oldest son, Bryan, lives downtown on Mass Ave., a very hip part of Indianapolis. He doesn’t own a car, so like many of the downtown crowd, he uses his bike and the public bus. He has his favorite coffee shop, favorite bike routes, favorite neighbors and favorite things to do. He volunteers with his church, he goes to the Cons (as in Gen Con, Pop Con, etc.). The manager of the frozen yogurt shop made a collage of Bryan in his various costumes for the cons and has it displayed in the shop. Bryan has woven himself into the fabric of Mass Ave. and it is wonderful to be a witness to this. Bryan also has an intellectual disability, but that doesn’t define him. He is not bound by that label. Rather he is led by what he sees is possible for him. His life demonstrates his sameness rather than his differences.

The Governor’s Council for People with Disabilities has done a fantastic campaign this year with the theme “I’m not your inspiration!” It’s jarring at first, photos of persons with disabilities and the statement “I’m not your inspiration!” and I have wondered what others may think of this bold approach. I think it is fantastic because it challenges us to think further. When people are truly members of their community, it isn’t necessary to set them apart with campaigns of understanding and appreciating “them”.

Let’s not set people apart from one another. Instead let’s build real community with one another by recognizing that each of us have gifts and talents to bring to one another every day of every month and every month of every year.