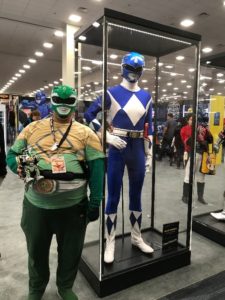 Bryan Ballard is one busy man and that is the way he likes it. Bryan has lived in his own apartment in downtown Indianapolis for over six years and is served by New Hope’s FCS (Family and Community Services) program. He loves living alone for the privacy, being able to do what he wants to do and for the storage, especially his costumes. Bryan’s passion is attending Gen Con, Pop Con and Comic Con every year and participating in cosplay or wearing costumes. Throughout the year, he works on his costumes and props, eagerly awaiting the annual conventions. 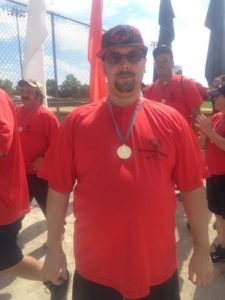 Bryan’s busy life includes working two jobs. For over six years, he has worked at Steak-n-Shake as a dishwasher. He is appropriately called the “dishranger” by his coworkers. He also works at IUPUI’s School of Education where he works with IT on computers performing tasks such as removal of unneeded software. On Mondays, he attends New Hope’s AIM (Achieving Inclusion and Meaning) program, doing a variety of interesting and fun community-based activities. He has really enjoyed getting to know the other individuals in AIM. For many years, Bryan has also been involved in Special Olympics and just recently attended the state games in Terre Haute. He competed in swimming and softball competitions and won medals. Currently, Bryan is working on his physical fitness and has been successful with his increased exercising. 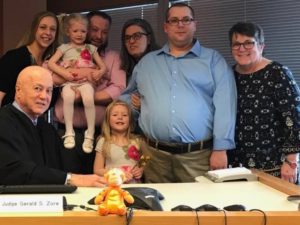 Bryan is very involved with his family. He is especially close to his brother Curtis, and he adores his two nieces. Bryan’s mom, Kathy Ballard, is the Director of Community Outreach for New Hope. While his family has always been supportive, Bryan is proud of his independence. He is knowledgeable of the IndyGo bus system which he uses to navigate to many of the important places in his life.

Congratulations, Bryan, for all of your efforts and hard work in becoming so independent. You are a positive role model and inspiration to others striving to increase their level of independence.