New Hope of Indiana | Client Profile: William Webster
For over forty years, New Hope of Indiana has been committed to supporting individuals and families, encouraging them to live their most independent, fulfilling lives. Through services for individuals with disabilities, counseling for families in the child welfare system and advocacy efforts, New Hope of Indiana is making an impact in our communities every day.
20801
post-template-default,single,single-post,postid-20801,single-format-standard,tribe-no-js,tribe-bar-is-disabled,ajax_fade,page_not_loaded,,qode-theme-ver-6.5,wpb-js-composer js-comp-ver-5.4.5,vc_responsive 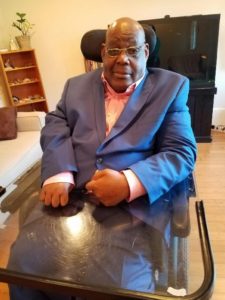 William Webster has always liked to dress up and it is surprising he has not been featured in GQ (Gentleman’s Quarterly) as he is best described as “dapper.” William was one of the individuals recognized for being served for 40 years at NHI. He resided in the residential facility on Delta/D pod. His desire to look sharp, dates back many years as he would dress up in a suit when his family planned to visit him at the facility. He would patiently await their arrival, hoping his Aunt Blue would bake him a sweet potato pie. This was definitely a favorite treat of his, and sometimes he was kind enough to share his prized pies with a select few friends and staff. 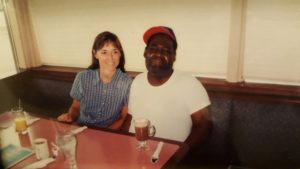 William moved into NHI’s first group home, Demarillac, in 1989. Despite the initial neighborhood protests, William loved his home and was a good ambassador. He later moved to several Supported Living homes and currently resides at 62nd Place. Watching old TV shows such as Andy Griffith and Bonanza are a favorite past time. He likes to go out to eat and is of course, dressed up. He attends Sunday services at the Baptist Temple and the church volunteers have faithfully picked him up every week for all of his years here at New Hope.

William really enjoys attending the Payne Road Day Services program, especially singing and listening to music. He likes to playfully flirt with each “good look’n” woman that walks by. William loves his family. There were nine kids when he was growing up, all brothers. William will share stories and state he was always the best behaved. He continues to be especially close to his brother Anthony who he sees often. 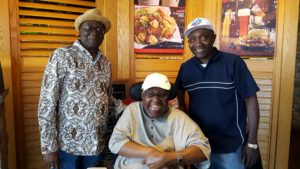 Our thanks to William and his family for allowing NHI to serve him the past 40 years.