Jeff Konrady loves all things military, especially airplanes from WWII, Korean and Vietnam wars. He enjoys looking at history books on the various wars and has learned a lot about the vintage planes over the years. A highlight was when he was able to take a plane ride with his brother, Bernie, about six years ago near where he grew up. 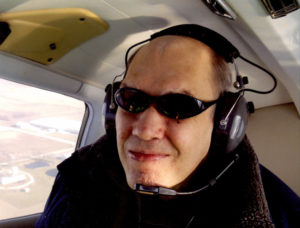 Jeff was one of the individuals recently recognized at the New Hope Birthday Party as a part of the Class of ’78. Jeff moved into the residential facility in 1978 from his parents’ home in northern Indiana. When the facility was downsizing to be closed in the mid 1990’s, Jeff was excited to move to the Riley Road Supported Living home which he did in 1996. He continued to live there until moving to the 60th Street home earlier this month.

Jeff has a wonderful sense of humor and really likes to “cut it up” with his housemates and staff. He is an avid sports fan and his favorite teams are the Chicago Bears and Chicago Cubs. He also is described as a Notre Dame fanatic. Jeff has attended the Noble Day Program for many years, which he greatly enjoys. He’s very close with his family, and they are an important part of his life. His sister, D.G. Saladin, is a team leader at the NHI Castleton Day services. Read DG’s blog post about what she loves about New Hope! 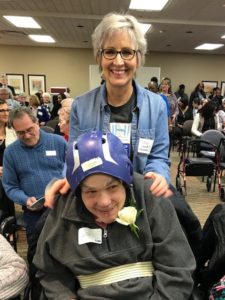 It has been a pleasure serving Jeff for the past forty years and we wish him the very best in his new home.