This month we are highlighting two of the individuals New Hope of Indiana has served for 40 years. 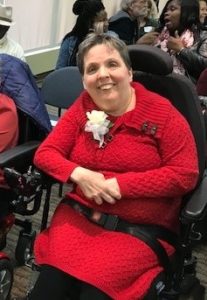 Bonnie has always been her own person with very distinct ideas, preferences and desires. She moved into the residential facility in 1978 and resided on Alpha Hall. She was one of the lucky ones to have her own bedroom. In 1996, Bonnie moved to the Brendon Park supported living home where she continues to reside. Bonnie was likely one of the first people served by NHI to get a computer. To this day, working on her PC is a very important part of Bonnie’s life. She enjoys searching for music and researching various interests such as projects for art. 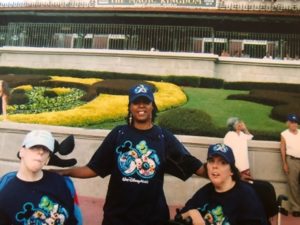 In July of this year, Bonnie celebrated her 22nd year as a greeter at Walmart in Fishers. She is a valued employee there and is proud of that job longevity. Art is a passion and she has been involved with the Noble East art program for a long time, where she is able to explore her creative side with oil and water color painting. Bonnie has been able to sell some her paintings. Applebee’s is her favorite restaurant and she also goes church weekly at 2nd Presbyterian. She is close to her family and sees her mom and other family members for special occasions and when she has time. She enjoys spending time with her friend and housemate, Deb, and would like to plan a vacation with her in the future.

Our thanks to Bonnie and her family for allowing NHI to serve her for so many years! 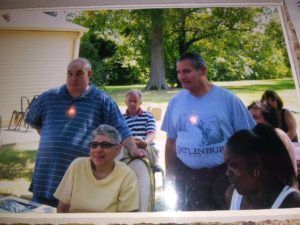 When Alan moved into the residential facility in 1978, he lived on D-Pod/Delta Hall. He was well known for his weather reports, especially the temperature and any chances or rain or snow. Mondays were always fried chicken days back then which was important to Alan because fried chicken was, and still is, his favorite food. Alan’s quirkiness has always been understood and appreciated by those around him. 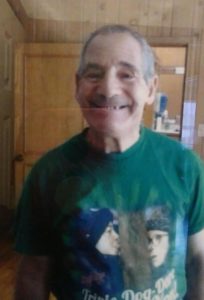 In 1990 Alan moved to the Jacobs home which is operated by the Jewish Federation of Indianapolis. In 2011 NHI entered an agreement with the Federation to operate the home, so it was good to be “reunited” with Alan. He really enjoys going out to weekly aquatics class at the JCC, bowling, movies, going to the airport to watch the planes take off and land, and just long drives. Not surprising, his favorite restaurant is KFC and he would eat fried chicken every day is he could. He has recreational therapy weekly and goes to the library and other places in the community. Alan is very close to his guardian, Katie Weston, and her family. He sees them monthly and for special occasions.

Thank you to Alan. All of the years of serving you have been fun!