New Hope of Indiana is celebrating Black History Month this February by recognizing some of our brightest black leaders and by honoring black trailblazers with disabilities who have shown just how able the community truly is.

New Hope is proud to have an incredibly diverse team with over 50 female or minority leaders and nearly 70% of team identifying as black or African American. Their unique perspective makes our organization a better, more inclusive place to work, to serve and to grow, and we are grateful for their dedicated service to the individuals and families we serve. 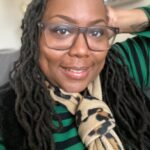 Paula Guynn is a Group Home Manager who has served New Hope for over 20 years. Her faith and family inspire her to be her best and to bring happiness to the individuals she serves and to the other associates that she leads. “My family heritage taught me to work hard, respect others, and be honest in all I do. It has cultivated a faith and worldview that looks to God as the source of all things. Every day, I want something that I say or do to be that thing that someone has never received before.” 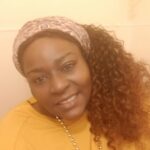 Nicole Powell is New Hope’s Clinical Nurse Coordinator and previously served New Hope as a DSP before earning her nursing degree and returning as an RN to serve our individuals once again. Nicole has been an important part of New Hope’s response to COVID-19. “I went to a school that originally wasn’t meant for me and was taught a curriculum that wasn’t representing me. So I made it a point to educate myself and anyone who wants to listen to me on the achievements of African Americans in our history.” 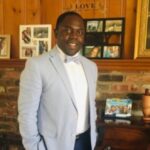 Trust Paunganwa is New Hope’s Family and Community Services Manager and brings his unique perspective all the way from Zimbabwe where he grew up. “Growing up black shaped me to be an advocate for the minority and the voiceless of all colors, shapes, and creeds. I learned to respect people simply because they are people and nothing else.” 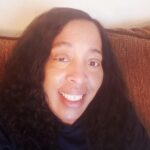 Lonya Thompson is New Hope’s Behavior Services Manager and is proud of her African and Native American heritage. Her background and experiences led her to serve as a social worker and she values her role at New Hope for that reason. “I unfortunately have experienced some of those negative experiences of racism…(and) it is those experiences that made me stronger and determined to succeed and to choose the profession of a social worker. I wanted to work in a field that not only was rewarding, but that also gave me an opportunity to make an impact on the lives of other people. I also wanted to make sure that I had a job that promoted equality for all people regardless of race, income or abilities.” 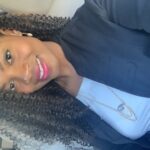 Chasatie Finley is a Team Leader in our Supported Living Program and values her experience as a woman of color. She loves working with individuals with disabilities and helping her team and those they serve reach their goals. “Being black has made me realize that I can overcome any obstacle that comes my way. It has also motivated me to work hard and be the best that I can be.”

More than 5.5 million African-Americans are living with a disability. But that doesn’t stop them from achieving greatness and easing the way for others.

Robert Hoey has been served by New Hope of Indiana for many years. He was raised in a time very different than today and seen a number of hardships in his life. More than anything, he values his creativity which he says comes from his family. Friends of New Hope may have heard Robert sing in our choir or perform an original poem at the Silver Cup Celebration in 2019. Robert draws information from many places and has an eclectic list of interests. “If I could do any job in the world I would be a body builder and I would win championship trophies and gold medals. If I were a super hero I would want to be the Incredible Hulk. Lou Ferrigno is my role model. He’s a body builder who is deaf.” New Hope is proud to serve Robert.

RespectAbility’s #RespectTheAbility campaign is shining a light on individuals with disabilities who are succeeding in their chosen careers.

Haben Girma became the first Deafblind person to graduate from law school when she earned her degree from Harvard Law School in 2013. She now works as a civil rights attorney who advocates for disability rights and inclusion in education and Hollywood, working to change perceptions of disability in the media. Girma was named to Forbes’ prestigious “30 Under 30” list.

Lois Curtis paved the way for people with intellectual and development disabilities to live in their communities. Curtis and Elaine Wilson were at the center of a lawsuit that cited a violation of the Americans with Disabilities Act and forever changed how those with disabilities live in America.

The two were held in the Georgia Regional Hospital for years because the state failed to give them the funds they needed to live in the community. The U.S. Supreme Court’s 1999 Olmstead decision ruled that it was unconstitutional for Curtis and Wilson to be forced to stay in the mental hospital when they could live in the community. The decision allowed Curtis to move into an apartment she shares with a woman who assists her with daily living activities and paved the way for community-based living for other disabled Americans.